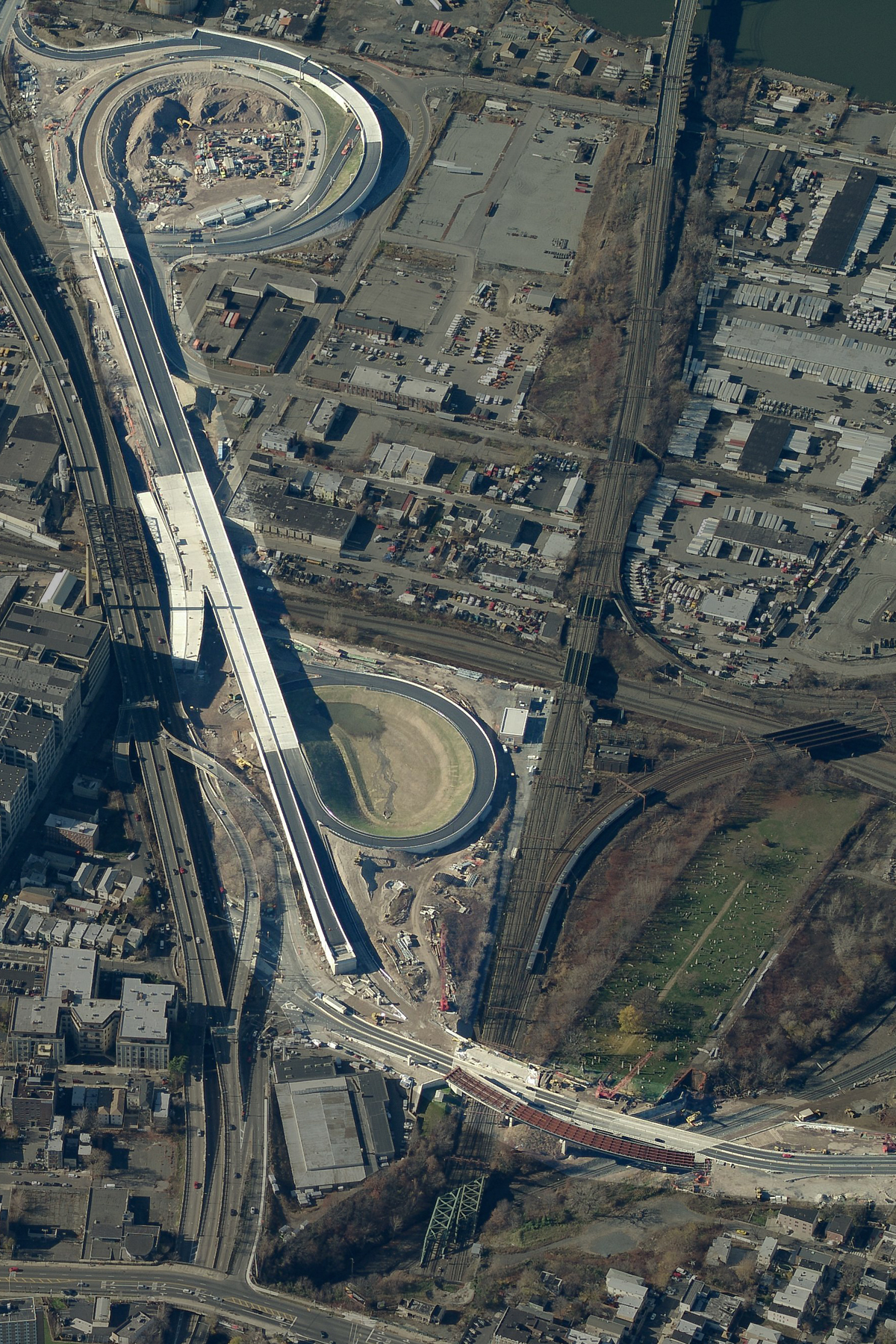 The Rt. 1&9 St. Paul’s Ave. Bridge project, is one of the largest single contracts ever awarded by the NJDOT. The project involved constructing 11 bridges and 45 retaining walls, and the demolition of 5 existing bridges in the area of Tonnelle Ave., and the Pulaski Skyway in Jersey City, NJ. Two of the bridges are constructed over railways, one owned by NJ Transit, the other owned by Conrail. All work had to be performed while minimizing any impacts to one of the heaviest highway travel corridors in the State, and while working over an electrified NJTransit rail line which connects directly with Manhattan.

Due to the complex traffic patterns surrounding this area, the job was constructed in three stages, each with multiple substages. The Mainline Viaduct Bridge (528’) and the Mainline Flyover Bridge (880’) are the longest bridges on this project. Both are supported by concrete spread footings, some of which are steel pile supported, with steel girders and concrete bridge decks.

Both Ramp A and Ramp B were subject to two consolidation periods and were supported by two-stage MSE retaining walls. The first consolidation took place over 9 months with the second cosolidation taking 3 months. These ramps required nearly 200,000 cy of borrow embankment and surcharge.

Extensive utility work and coordination with cable, gas, water, electric, and phone companies, were required throughout the duration of the project. Additionally, ITS work will be implemented within the project’s limits as well as satellite locations that will be impacted by the work being performed.