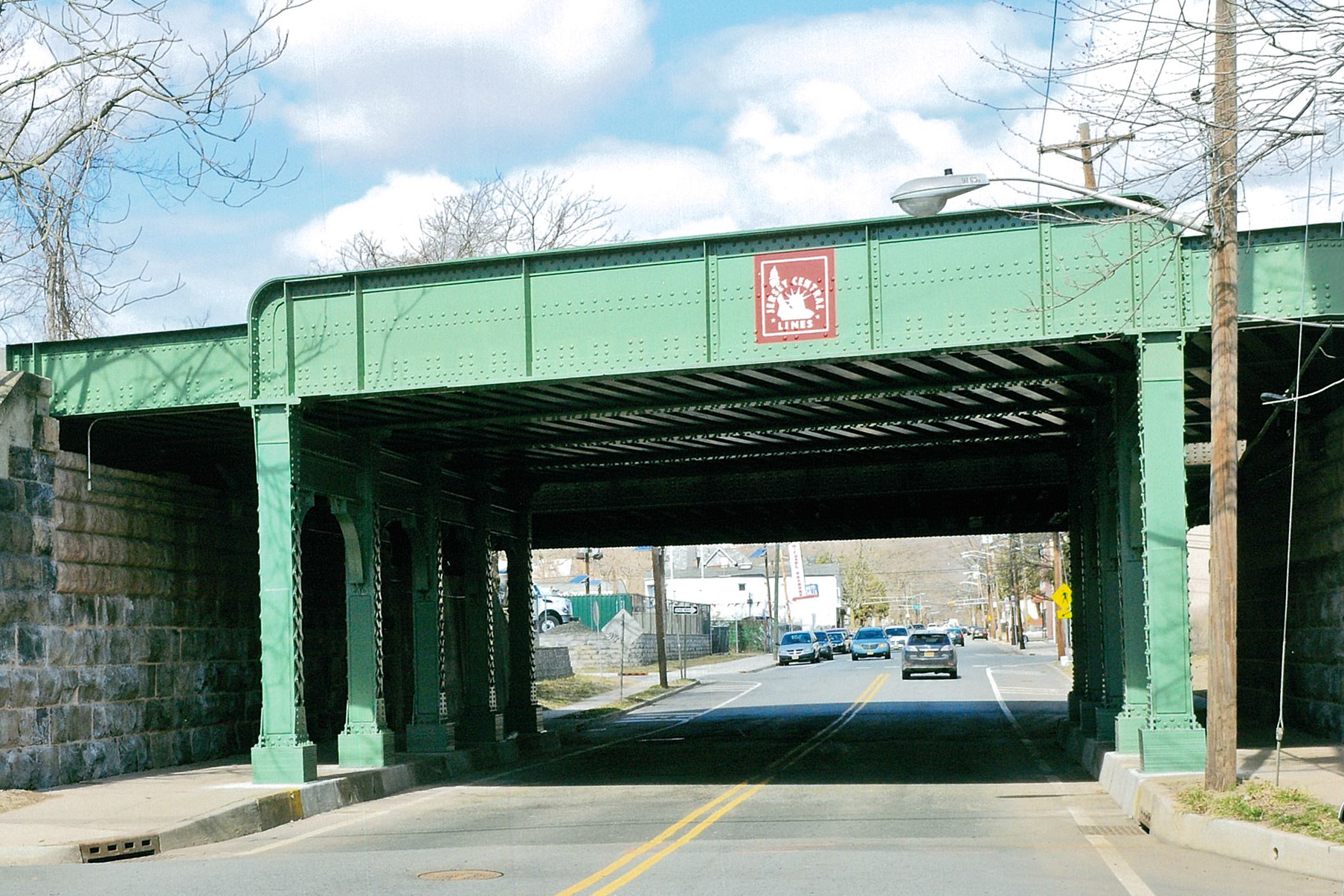 NJ Transit initiated a program designed to increase the clearance of the Raritan Valley Line crossings through the City of Plainfield. The original bridge over Richmond Street was one of the first in the program and dated back more than a century. The rehabilitation of the deteriorated bridge structure while maintaining the historical significance presented a unique challenge.

All demolition and reconstruction took place directly adjacent to active rail traffic and required track fouling and nightly outages. The need to maintain consistent rail traffic through the area required staged construction. The two outer bays of the existing bridge were demolished first and new 8 foot high concrete extensions were poured at each abutment. Limestone form liners and selective concrete dyes were used to recreate the original look of the abutments. When completed, two new temporary railroad bridges were constructed in place of the outer bays. The two live railroad tracks which ran through the two interior bays were switched on to the new temporary bridges.

Once the live rail traffic was out of the way, work on the interior bays began with the same demolition and abutment reconstruction that had been performed in stage 1. The center piers were rehabilitated, blasted, and painted onsite and shim plates were added for increased clearance to the pavement below. Three new girders were set and prefabricated sub-assemblies consisting of floor beams and ballast plate were installed. Protective ballast mat and sub ballast were installed to provide the new railroad bed, and the two live tracks were switched back to their original location within the two inner bays.

Additional ballast plate assemblies were installed and temporarily supported for the two outer bays. The two refurnished fascia girders were finally slid into place and bolted to the floor beams. The historic limestone abutments were repainted using a specially designed mortar to recreate the original appearance of the bridge. Construction at the site was capped off with the restoration of the original limestone, which helped merge the existing construction with the new.