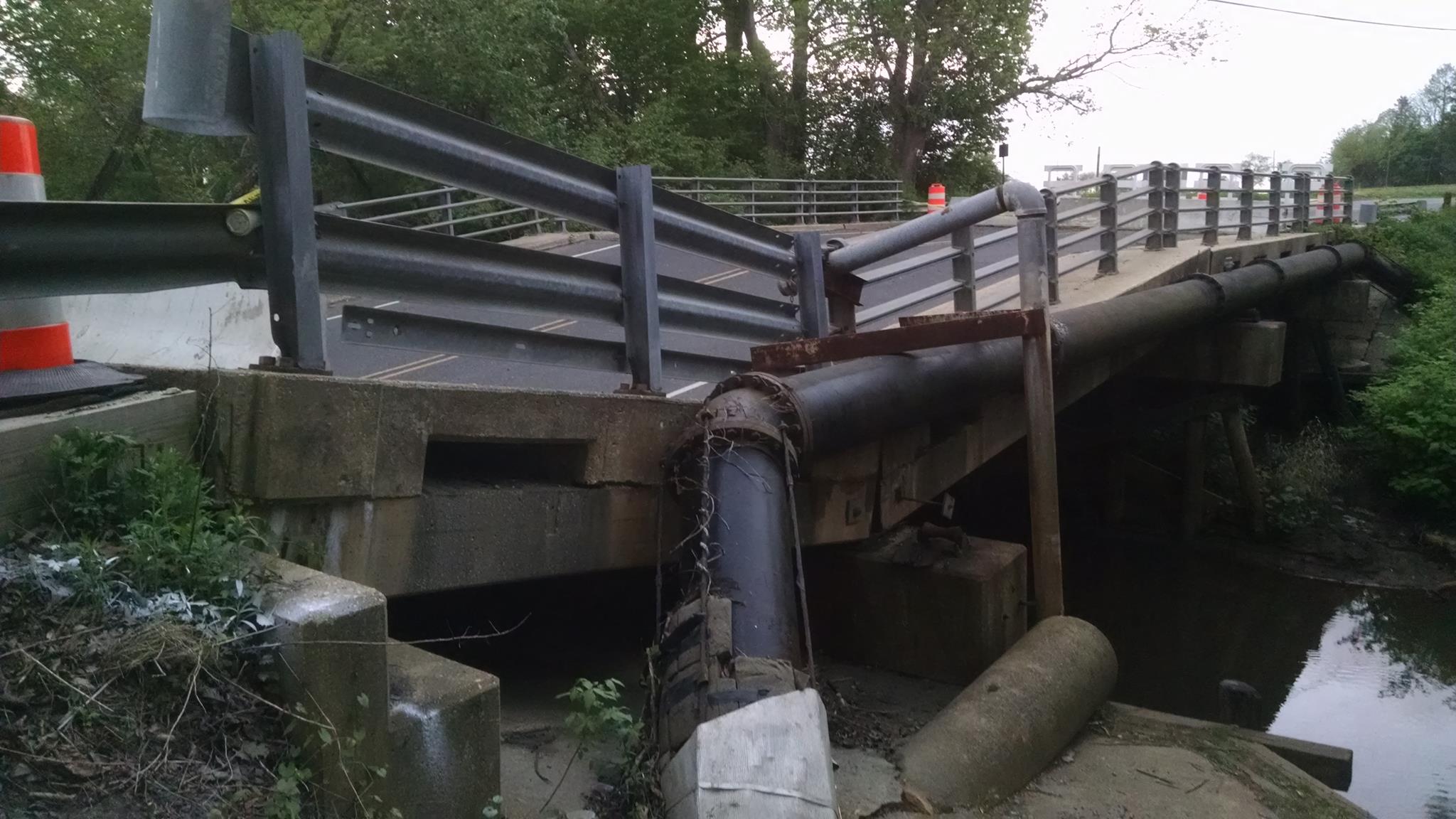 On April 30, 2015 we were contacted by the County of Monmouth regarding the Havens Bridge Road in Howell, which had been recently closed to traffic after an inspection of the bridge over the Manasquan River. The bridge is a four span precast box beam bridge, supported by timber pile bents and concrete pier caps. The County contacted a total of three contractors regarding an emergency repair to the timber piles which were in severe condition. On May 11th, 2015 while the engineer was working on the design for the timber repair, the south timber bent failed and the deck surface fell approximately three feet. The County immediately changed the scope of the project and asked bidders to submit a proposal for total bridge reconstruction. Due to the importance of the roadway, the contract award was based on cost as well as the date the contractor could have the roadway open. We promised a date that was 2 months earlier than the next bidder, and we were awarded the project.

The project includes complete demolition of the existing bridge structure, and the construction of a replacement structure in the same location. The replacement structure has the same four span, precast box beam superstructure with cast-in-place deck surface, supported on 18” diameter steel pipe piles driven roughly 50’ into the ground. The approach roadways were also fully reconstructed, including new drainage, to meet today’s design standards. All design, permitting and construction took place within a four and a half month period to open the road to traffic as soon as possible. Even though there was extra work added to the job, the road was open to traffic one day before our original commitment date.